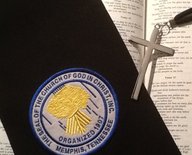 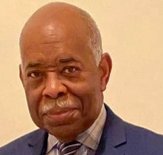 John 4:4 And he must needs go through Samaria KJV

Samaria, the place (rumor has it) of things going on that you should not want to be a part of. Strange people live there, so we are told. They are different from the Jews, a mixed race (what would be called today half breeds). So much so that people of the Old Testament travelled out of their way, going around this city called Samaria adding time and miles to their trip just so they would not have to go the direct route.

You can read about Samaria's unfortunate beginning as a city starting in 1st Kings chapter 16:1-34. The truth however is it was not really the people, it was the kings that led the people to dishonor God. Choosing to worship Baal instead of the True God. When your leaders are worshipping anything other that the True and Living God, people who follow blindly need to see God's Light for Truth.

This message however is going to fast forward several thousand years because though Samaria has its problems, Jesus knew there was someone in this city of sin with a specific need that needed to be addressed. Unlike most Jews of the day, Jesus did not try to avoid the region of Samaria...He must needs go thru Samaria. (John 4:4) KJV.

You know the story, Jesus is thirsty from his trip to the city and sits on a well, a lady of the city comes to get water from the well. A conversation takes place, the lady hears the Word of Truth from The Living Word and deliverance for this lady takes place.

Her need for water (the reason she went to the well) became secondary because she met a man whose primary interest in her was not her lifestyle or pedigree but her need for The Living Water only Jesus could provide for her salvation. The lady had knowledge about God but questioned whether He should be worshipped in the mountain (as her fathers did or Jerusalem)

For those who may still question whether God exists...Jesus told the lady in John 4:19...Woman, believe me, the hour cometh, when ye shall neither worship in this mountain, nor yet at Jerusalem, worship the Father. 22...Ye worship ye know not what: we know what we worship: for salvation is of the Jews. 23...But the hour cometh and now is, when the true worshippers shall worship the Father in spirit and in truth: for the Father seeketh such to worship him. 24...God is a Spirit: and they that worship Him must worship Him in Spirit and in truth. KJV

Because of this trip to Samaria, this lady became a witness to those who had been cast aside by the Jews. Not worthy of what they had learned about their Jesus but He went out of His way to get 1. That 1 told those in Samaria John 4:29...Come, see a man, which told me all things that ever I did: is not this the Christ? 30...Then they went out of the city, and came unto Him.

So the question on the table is..Where is your Samaria? You are a Christian, attend church every Sunday, mid week Bible Study but many end their association there. Not taking this wonderful gift of Jesus to that place you don't want to go to. It is out of your way, those people live there, why should I waste me time even trying to talk to them about Jesus?

In the world we live in today, people desperately need Jesus and Salvation but don't know it or refuse to accept it. What state of mind were you in when someone took time to talk with you in your Samaria? We can not afford to be cavalier in our walk with God, leaving this part of dirty work to someone else. Winning souls is dirty work but they need saving just like we did. They need to be encouraged to try Jesus just like we did.

That person on your job who feels they are self made and have no time for Jesus, the one standing by the red light with the sign "I am homeless, can you spare a dollar" at the check out line at Walmart or the grocery store and especially those who feel this pandemic is a hoax.

The result of this encounter is told in John 4:39-42 KJV...And many of the Samaritans of that city believed on him for the saying of the woman, which testified, He told me all that ever I did. 40...So when the Samaritans were come to him, they besought him that he would tarry with them: and he abode there two days. 41...And many more believed because of his own word; 42...and said unto the woman, Now we believe, not because of thy saying: for we have heard him for ourselves, and know that this is indeed the Christ, the Saviour of the world.Your ministry is needed in that place you don't want to go to...will you go?

Thank You Father for Your Word.